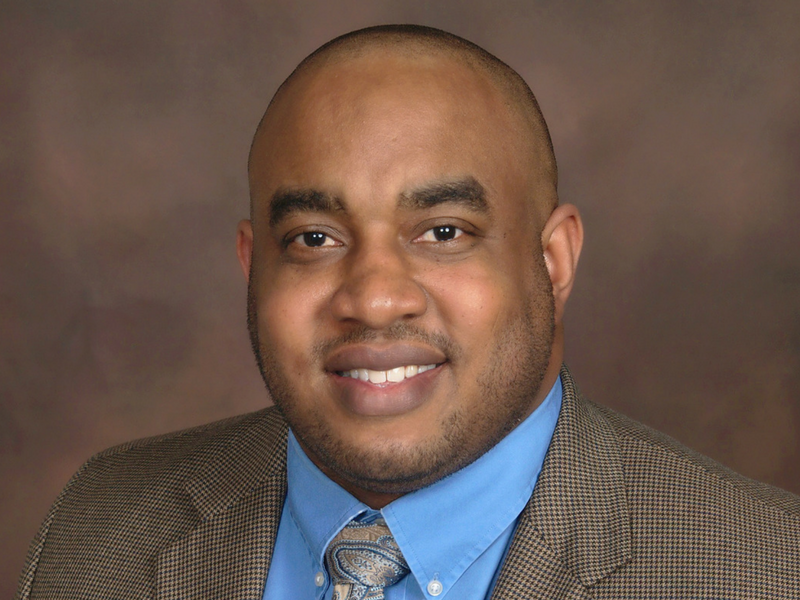 André first joined Trispagonas Insurance in November of 2015, after spending 14 years with AT&T Wireless. His experience working through challenging situations and knowledge of personal and commercial insurance, as well as life insurance options, have proven to be a valuable resource for our clients.

A fellow graduate of the Milton Hershey School, André’s younger days were spent as an athletic dynamo. He was a five-time letterman in track and field, a three-time letterman in football and a one-time letterman in basketball. He was a two-time conference champion, a district medallist and state qualifier in track and field. He won numerous conference awards in football and was later inducted to the Milton Hershey School Hall of Fame as a member of the 1997 Football Team. It’s also worth mentioning that he served as Class Vice President his junior year at MHS. Tom Trispagonas served with him as President.

André is still an avid sports fan, but these days prefers to spend his time with his wife and three sons. He’s a strong supporter of the Leukemia Lymphoma Society, the Bethesda Mission and Our Lady of the Blessed Sacrament. He’s also actively involved with the Harrisburg Lions Club, the Milton Hershey Alumni Association and Harrisburg Young Professionals.

Trispagonas Insurance can provide coverage
for residents of Pennsylvania, New York and Maryland

If you’re looking for a better insurance experience, we’re just a click or a call away

Fill in the form below to send us a message.